This domain was initially registered on August 22, 2000 to provide a domain to stage volunteer website development that was being provided to a small client list, as well as to host proof of concept work. In the years following, this has become the private federated domain of the owner, Jim Speaker, and continues to be a home for learning experiments and POCs.

From July 2017 to the end of December 2018, Jim worked as a consultant for AIM Consulting Group at Premera Blue Cross on their Premera Services Platform (PSP) team. Jim enjoyed the XP Development practices in conjunction with Ron Quartel's FAST Agile process while developing REST web services and middle tier software including Azure Function Apps, and integration with Event Hub, Azure SQL, Cosmos Db, and IaC all the Azure things. In addition, PKI expertise has come into play as Jim has championed (POC and presented to architecture and security) initiatives that significantly improve the performance of their services by hundreds of milliseconds per call, and in some instances by an order of magnitude or more.

From July of 2016 to June 2017, Jim worked on a managed service contract for TekSystems at Microsoft's CESIS (Cloud and Enterprise Security Infrastructure Services). During this time he became regarded as an expert in the PKI space, fully versed in Federated Authentication, and became adept at application and identity management (IAM) in Azure. Jim also began migrating shared service libraries from .NET Framework 4.6.1 to .NET Core (.NET Standard 1.6), laying the ground work necessary to migrate all of the team's services and web properties to ASP.NET Core.

From 2010 to 2015 Jim took on a Senior Software Engineer position at Getty Images where he enjoyed Kanban (agile) methodology writing test-driven C# in .NET Framework 4.0, MVC 4, Ajax, SQL, WCF, LINQ, jQuery, JSON, etc. After spending about a year working on the Thinkstock website, and about another year building out the WireImage and FilmMagic websites, Jim built out features on the Getty Images Connect API. During the last year at Getty Images, Jim played a key role in developing the Getty Images Embed functionality in Google's GO (golang) hosted on AWS. From November of 2014 thru July of 2016 Jim was the CIO (Chief Information Officer) of CLEAR Financial Technologies, Inc., where he built the multi-lingual, fully globalized front-end and middle-tier of the CLEAR website from the ground up, and a proprietary multi-lingual CMS. Jim also served on the Board of Directors through the end of 2016. See the CEO's glowing recommendation of Jim here on LinkedIn.

Jim Speaker began his career, if you could call it that at the time, by transitioning from being a rock climbing bum to being a guy with one child by marriage, another on the way, and a dream: to publish Spokane Rock Climbs. The book was written, photographed, designed and laid out by the owner while learning the intricacies of Freehand, Photoshop and Quark XPress. This all-photographic guide to rock climbing in the Spokane, Washington area was self-published in 1996 by Jim Speaker dba Stone Publishing.

During the production of the book and following, a small graphic design and print publishing client list was established in the Spokane area. Soon after, with the advent of the internet as something that was actually known to the general public, clients began asking for website work. Having significant prior computing and BASIC programming skills from youth, diving into HTML and JavaScript came easily. This quickly led into Classic ASP, SQL and CSS. Dropping the business and deciding to opt for stable paychecks and benefits, Jim worked a couple of great Microsoft contracts, was an Associate Consultant for several years at Fujitsu Consulting, and Software Development Lead at WaMu on WaMu.com online banking for seven years. After the implosion of Washington Mutual Bank and its acquisition by Chase Bank, he moved on to take on a Senior Software Developer role at Twisted Pair Solutions.

Born in the wake of the Washington Mutual debacle, in January of 2008 Smart Trip Maps was inspired by the need to roll the common trip planning needs of an outdoors enthusiast into one web application. 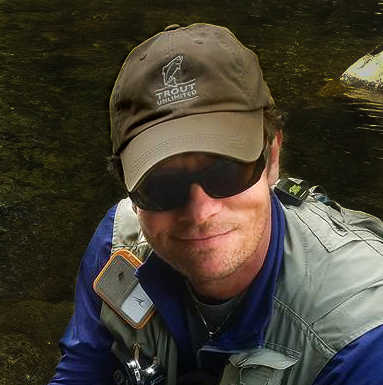